Listen to what former campers say about STEPS.

The Opportunity of a Lifetime

"First of all, I was excited to be a big kid and live on a college campus for a week, but after that it just sounded better and better. STEPS does a fantastic job of combining the work with play, showing girls just how awesome STEM can be without ever losing interest. There is nothing more convincing than a completed project of which you can proudly say you made every part. After my brief time was up, I was sad to leave. I know that I love what I am doing and will make a difference someday, but that is all thanks to STEPS. I am confident that hundreds of other girls and myself would not be where we are today without the encouragement of this camp." - Taken from recommendation letter from 2007 camper for STEPS nomination for STEMMY Award (recipient 2016)

“Somewhere in their young lives girls are given the false message that they don’t have the talent or ability to follow careers in engineering, science, and technology. They begin believing it, which results in a severe shortage of women in these fields. The objective of STEPS is to reverse this influence at an early enough age that the girls have not burned any bridges in scholastic preparation for a technical career. The short-term results of our camp are gratifying. The camp doubles the number of girls who report that they knew what an engineer or scientist does and doubles the number who aspire to an engineering or science career.” - Dr. Pete Heimdahl, Director (1997-2009), STEPS for Girls.

“This project is truly exemplary of the kind of action needed for education equity, and we applaud your efforts.” - Kay E. Stevens, Initiative for Educational Equity Coordinator, the American Association of University Women – Wisconsin, in announcing that STEPS for Girls had won the organization’s 1998 Equity Initiative Award.

“My daughter attended the STEPS program two summers ago in 1999. She has gained so much from it I can't put it into words. Her self-confidence has skyrocketed to the moon. Her grades have followed. Old grades were 2.5 - 2.7 range. Since the program, 3.7-4.0. Yes, straight A's a couple times. Our entire family attributes the change to the STEPS Program. She is a real leader and go-getter the last couple years. She always tells us that "she found out that she wasn't dumb" at the camp. No other changes in her life. She has surrounded herself with great friends and consistently gets high remarks from her instructors in school. Truly an amazing life change for her.” - Father of 1999 camper.

“When I was accepted into the STEPS program for one week last summer.” - 1997 camper, when asked in a newspaper interview about the most memorable thing she had ever done.

“Thank you, thank you, thank you for the awesome week you provided my daughter, Holly! What a wonderful experience! Holly is all excited talking about all she learned, sharing principles that were discussed, and giving reasons for why things were done in a certain way. I appreciate all the effort that was given to provide such a wonderful experience.” - Parent of 2002 camper.

Open Up a New World

“Not only was STEPS fun, but it also gave me a different perspective on engineering. I didn’t think that engineering could be this much fun or this interesting. It made me think about getting a job in the engineering field some day…. I am glad that you gave us a chance to learn. You opened up a new world for us.” - 2002 Camper.

Find Us On Social Media: 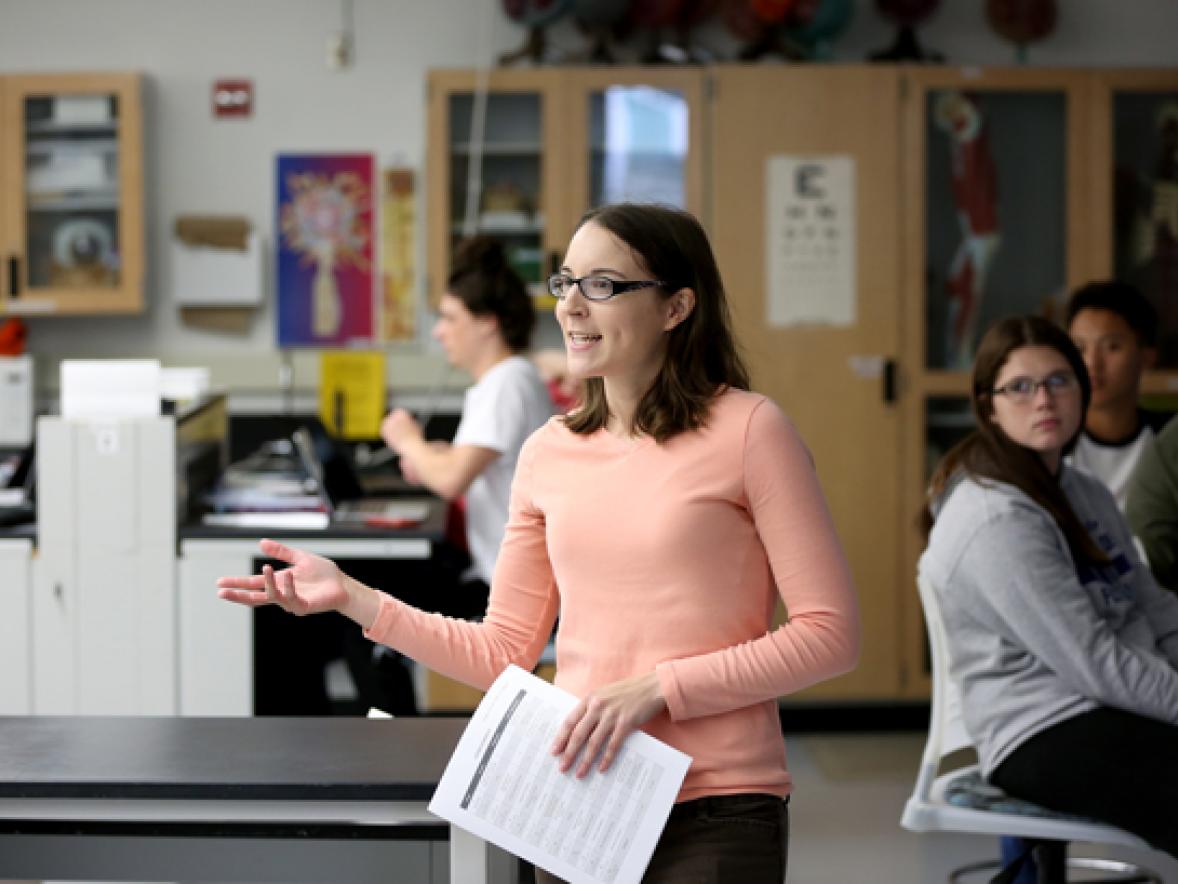 New instructor’s passion for science began at STEPS for Girls

Tiffany Hoage and dozens of other new instructors began their University of Wisconsin-Stout teaching careers when classes began the first week of September.
Continue Reading